The haters have targeted an Israeli-founded Toronto gelato shop, inundating its Google listing with negative reviews. 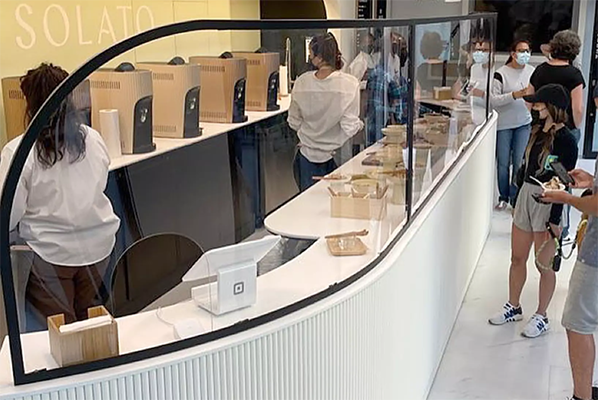 A Toronto gelato shop was the target of a deluge of one-star reviews online, seemingly because the company was founded in Israel.

The negative review campaign comes on the heels of a wave of anti-Semitism in Canada, including a Toronto cannabis store that had its windows smashed and swastikas painted on the walls, and two incidents where Edmonton police investigated after homes were approached by people making anti-Semitic remarks.

The brand, Solato, uses a pod-based system — rather like a coffee pod press — to produce made-to-order gelato.

The company’s headquarters are in Maalot, Israel, a small city near the border with Lebanon, and its research and design department is located in Tel Aviv. It has two Canadian locations, one in Toronto and one in Montreal.

The campaign against Solato, first reported by BlogTo, resulted in dozens of critical reviews on Google — while plenty of others expressed dismay at those reviews. Out of 738 reviews, the majority of people gave the gelato shop five stars, but the second-most popular rating is one star, pulling the company’s average down to 3.9 stars.

More than 200 reviews were posted Friday morning alone. But by Friday afternoon, it appeared the shop had been removed from Google, and the reviews along with it.

However, the move has backfired spectacularly. Not only did Google remove the bogus, negative reviews, but people really got behind the store: 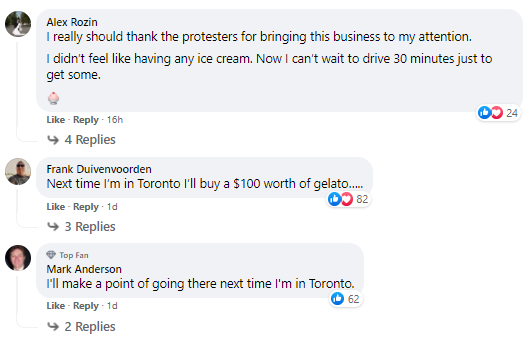 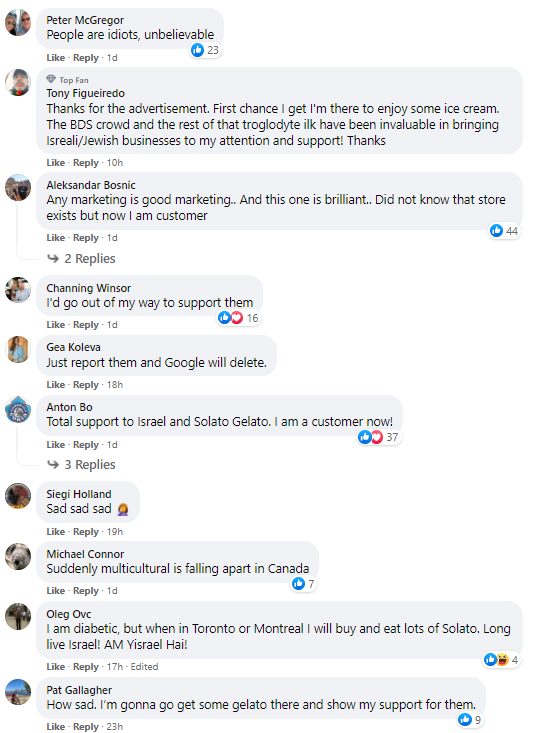 and reviewed it positively, bringing it a five-star rating: 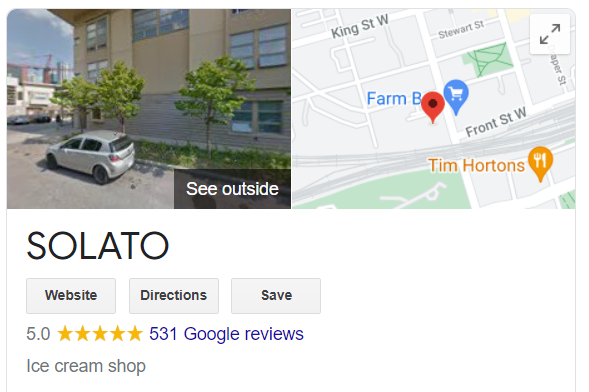 This is the best way to fight the BDS-holes. Well this, and mocking the hell out of them.