Another Palestinian Blood Libel Against Israel The image was previously posted in this anti-Israel blog post from June 2011, with the caption “Palestinian child washes the floor from his brother’s blood after his brother was killed by the IOF bomb.”

This is yet another blatant lie designed to incite people against Israel.

Thanks to A Soldier’s Mother, we see that the image originates from this site, and depicts a “Palestinian Kid cleaning up after the slaughter of a cow in his parents slaughterhouse, Nr Ramallah, Palestine.” 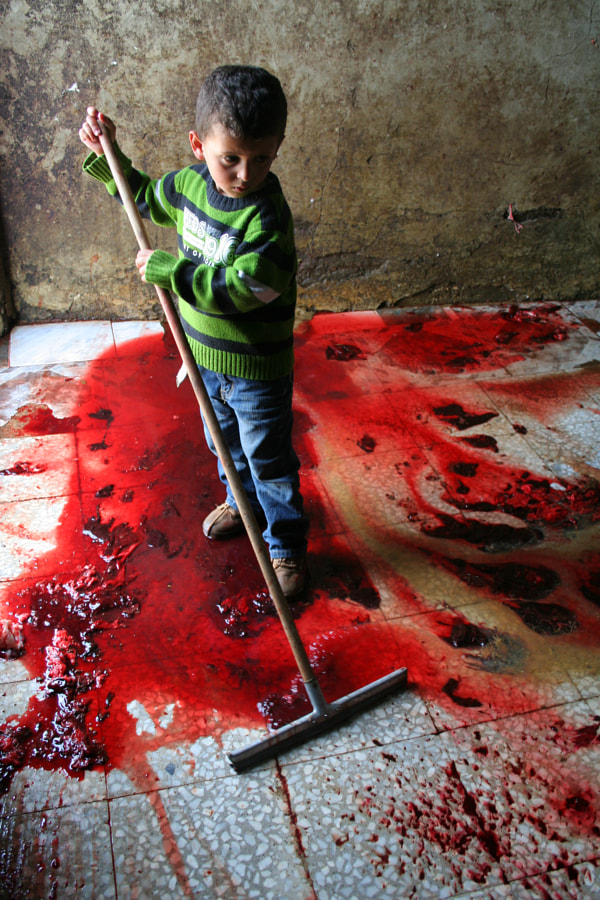 So yet again, the palestinians and their supporters try to take us for fools and feed us bull.