Cartoonist Antonio Moreira Antunes Denies He is an Antisemite. Here’s Why I Think He’s Lying

The Jerusalem Post reports how Antonio Moreira Antunes, the cartoonist behind that antisemitic cartoon published in the New York Times, denies he is antisemitic. 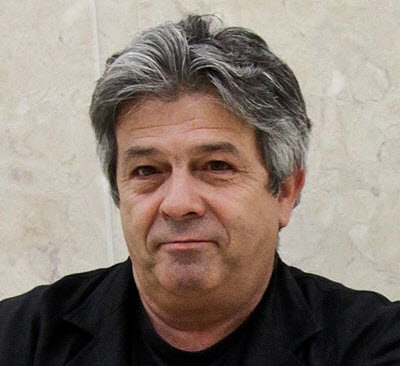 Antonio Moreira Antunes, the cartoonist behind a recent controversial caricature in The New York Times, told The Jerusalem Post on Tuesday that he does not understand how people view his work as antisemitic.

Antunes has served for several decades as a cartoonist for the Portuguese newspaper Expresso. Last week, a cartoon he drew of Prime Minister Benjamin Netanyahu and US President Donald Trump was reprinted in The International New York Times, igniting a firestorm of controversy. The Times at first deleted the cartoon from its syndication website, said it was offensive and that it was an “error of judgement” to print it. But the paper later offered a full apology, saying it was “deeply sorry” and that “we are committed to making sure nothing like this happens again.”

Antunes, for his part, was unapologetic on Tuesday.

“Trump’s erratic, destructive, and often blind politics encouraged the expansionist radicalism of Netanyahu,” he wrote in an emailed response to questions from the Post. “To illustrate this situation, an analogy occurred to me with a blind man (Trump) led by a guide dog (Netanyahu) and, to help identify him, little known in Portugal, I added the Star of David, symbol of the State of Israel and central element of its flag.”

“I do not seek controversy,” he wrote. “I try to make critical cartoons of situations that seem to me wrong, unfair and undemocratic. I have already made drawings on the politics of my country, Spain, France, Russia, Italy, Iran, China, Saudi Arabia, USA, Brazil, United Kingdom, North Korea etc., etc.”

Antunes bristled at the notion that his cartoon would be viewed as antisemitic.

“What will be the reason why I can not do a critique of Israeli policy without being immediately categorized as anti-Semitic?” he wrote. “I have nothing against the Jews but I have many things against the politics of Israel.”

Antunes did not attempt to explain why he drew a kippa on Trump.

More than 35 years ago, Antunes also drew ire from Jewish groups with a caricature relating to the Israeli-Lebanon war, which depicted IDF soldiers as Nazis. That cartoon won him an international prize in 1983, despite outcry from the Jewish community.

As you may be aware, comparing us to Nazis falls under the IHRA working definition of antisemitism.

But here’s the clincher. Perhaps in his arrogance, Antonio Moreira Antunes did not count on somebody paying attention to what he has actually said in his native language. According to a reliable source, the cartoonist said on Portuguese TV that “the Jews have a convenient excuse in this whenever they are accused” before denying he was antisemitic. He said the Jews, not the Israelis or Zionists.