Yesterday, I exposed an antisemitic meme disseminated by so-called anti-Israel activists and BDS-holes. 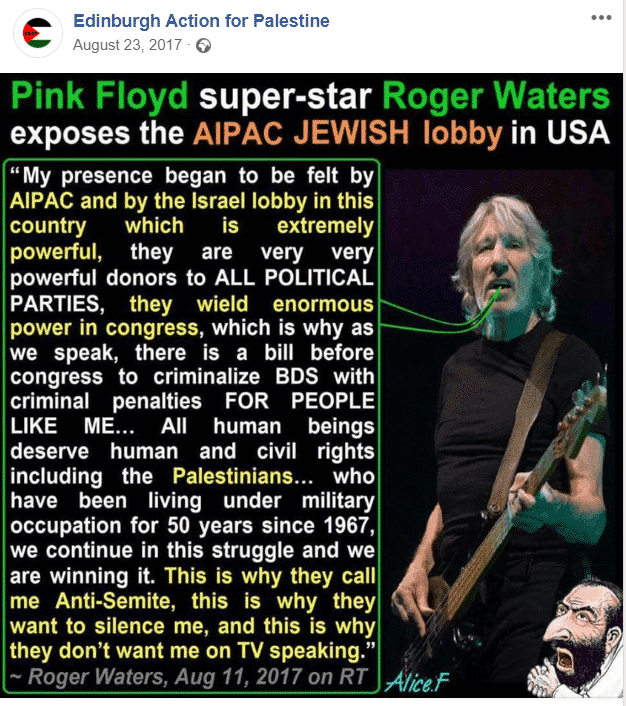 In the post, I included this response by vile antisemite and terror-supporter “Jihad” Jenny Tonge, which, on further reflection, probably deserved more than just a passing mention. 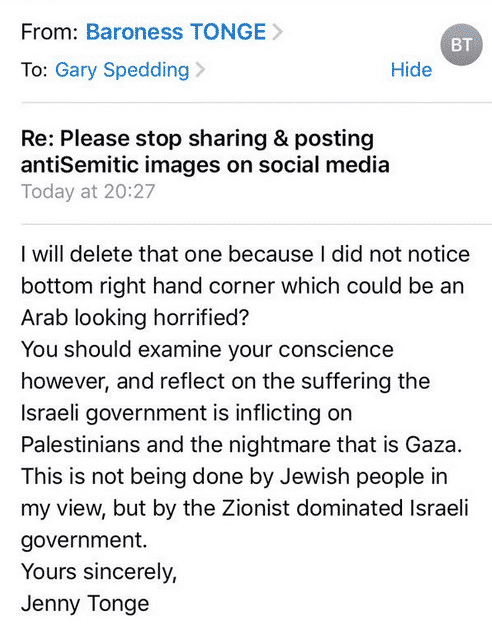 To put this in to perspective, she is suggesting this 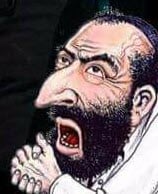 could be “an Arab looking horrified.”

Don’t get me wrong. I am convinced Tonge knew exactly what this was. She is an outright antisemite, and hangs out with people who have collectively disseminated this antisemitic caricature on many occasions.

But if we were to take her playing dumb at face value, you could conclude she is anti-Arab for suggesting Arabs stereo typically have a hook nose.

Jenny Tonge’s allies should turn on her for this. Or does she get a free pass for hating Jews?