Home Aussie Dave What You May Have Missed About Overwhelming US House of Representatives Vote... 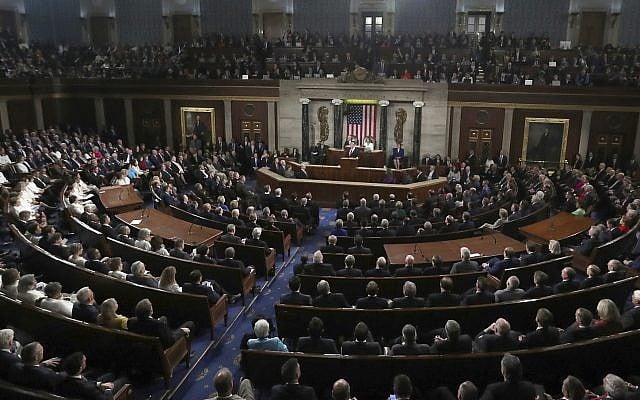 A setback for BDS-holes, with the US House of Representatives overwhelmingly passing House Resolution 246, which is “Opposing efforts to delegitimize the State of Israel and the Global Boycott, Divestment, and Sanctions Movement targeting Israel.”

The resolution passed 398-17, with the 17 opposed to it being these Democrats:

as well as Rep. Thomas Massie of Kentucky, who is a Republican.

What is really interesting with the vote is the fact Tlaib, Omar and Ocasio-Cortez’s fellow “Squad” member Ayanna Pressley voted for it. Here is her reasoning; see if you can make any sense of it (I can’t).

As I have noted many times before, I arrive at my decisions in close partnership with community. Today I cast a yes vote on H.Res 246 as an expression of solidarity with Jewish families and with marginalized communities that continue to face heightened threats to their safety in this volatile moment driven by hateful rhetoric from the Trump Administration. Today’s vote gave us a very narrow and rushed opportunity to engage on an issue that warrants much further meaningful dialogue with the voices of all impacted at the table to say the very least. As a dedicated advocate for survivors of violence and trauma, I will continue to support a two-state solution. I am also proud to be a co-sponsor of H.Res 496 Rep. Ilhan Omar, Rep. Rashida Tlaib and Rep. John Lewis’s resolution that opposes any and all unconstitutional efforts to undermine and limit the rights of individuals to peacefully protest and engage in boycotts. I was raised in the tradition of protest and organizing and I support our ability to raise our voices through peaceful protest and action is a sacred right that has played a pivotal role in this nation’s history. We can call out and question the tactics of a movement but we should never question or marginalize the lived experiences and voices of those who call out for civil rights and liberties, including the Palestinian people.

Note how she somehow spins it as “an expression of solidarity with Jewish families” that “continue to face heightened threats to their safety in this volatile moment driven by hateful rhetoric from the Trump Administration.” Yet it is her fellow “Squad” member, who are supporting the very thing opposed by this resolution. At the same time, she speaks of proudly co-sponsoring House Resolution 496, which opposes this very resolution.

Meanwhile, if you think that is a bad spin, this is how CNN reported the vote.

398-17 is anything but divisive. This was almost unanimous.

Update: Speaking about the “Squad”, here is Rashida Tlaib comparing the boycott of Israel to the boycott of Nazi Germany (as does the wording of House Resolution 496).

In case you still had any doubts she and Ilhan Omar are vile antisemites.

Update: I missed this: Rep. John Lewis, co-sponsor of the pro-BDS resolution, also voted in favor of this.

“Earlier this year, I cosponsored H. Res 246, a bipartisan foreign affairs resolution that condemns the BDS campaign and efforts opposing Israel’s right to exist and the importance of two-state solution,” Lewis told JNS. “I will support H. Res. 246 when it comes to the House Floor tomorrow. This resolution has been carefully crafted not to suppress American commitment to free speech.”

“I want to remind you that I am a co-chair of the newly reorganized Black-Jewish Coalition Congressional Caucus and a key member of the Anti-Semitism Task Force,” he added. “My commitment to these imperatives is not and has not ever wavered.”

Like Lewis, J Street supports both resolutions despite claiming to oppose BDS.