Code-pinker Ariel “Comedy” Gold continues to show that not all tools are sharp. 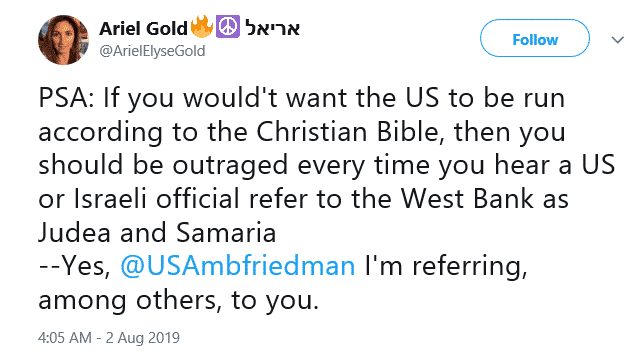 Leaving aside the fact it is the Jewish bible (included in the Christian bible, which has some translation discrepancies), Gold is clearly ignorant to the fact that the term “West Bank” is a relatively recent thing, coined by Transjordan when they annexed the area west of the Jordan River in 1950. Before that, it was known as Judea and Samaria, and not just by the Bible crowd. For example, this is the language employed by UN General Assembly Resolution 181 of November 29, 1947 – known as the Partition Plan – when describing the Arab state:

The boundary of the hill country of Samaria and Judea starts on the Jordan River at the Wadi Malih south-east of Beisan and runs due west to meet the Beisan-Jericho road and then follows the western side of that road in a north-westerly direction to the junction of the boundaries of the Sub-Districts of Beisan, Nablus, and Jenin.

Gold is also welcome to look at some of those maps her fellow Israel-bashers love to bring out every once in a while. Like this one from 1759: 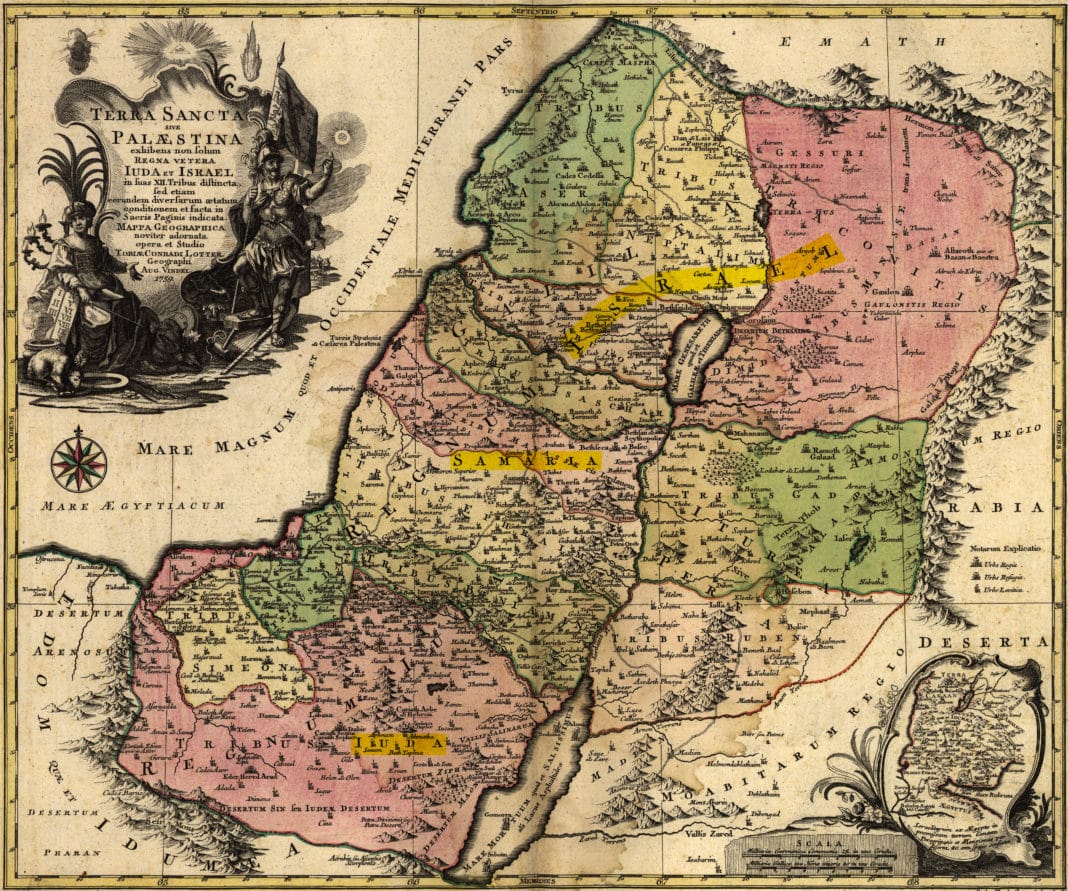 Of course, this is the same Ariel Gold who is retweeting a J Street Tisha Be’Av happening: 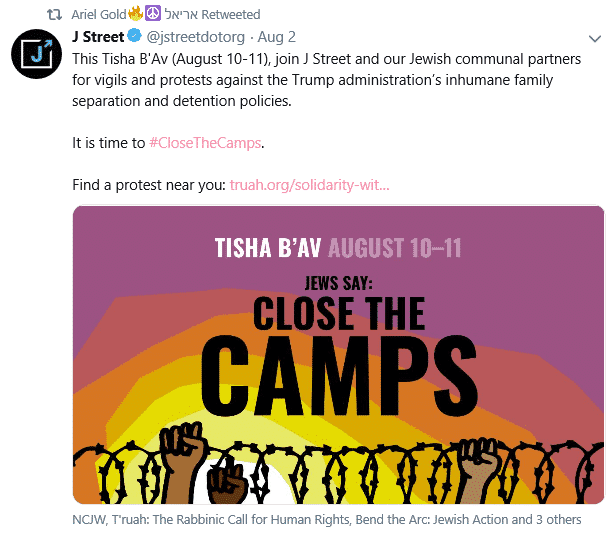 PSA: Ariel, I’d tell you not to quit your day job, but it seems your day job is to say really dumb and offensive things.