Normally the palestinians are careful in front of an English-speaking audience to hide their antisemitism, which they reserve for their Arabic-speaking friends. So this post, published by Mahmoud Abbas’ Fatah party, surprised me with its blatant antisemitism, considering it is written in English and intended for an English speaker – the President of the United States! 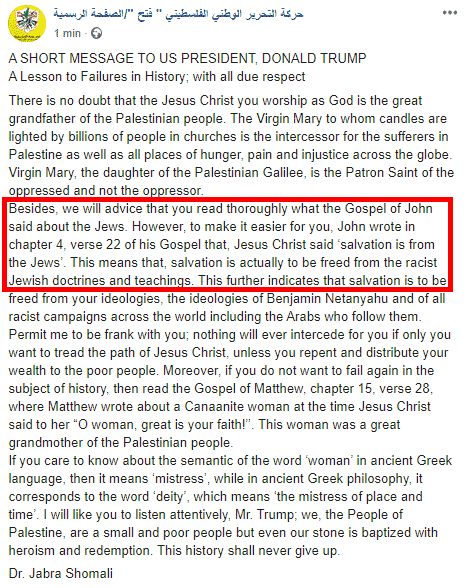 They don’t even care any more. They are just going to lash out like petulent (antisemitic) children.