Rabid Israel-hater Ben White has penned a piece decrying how “palestinian solidarity” has been “smeared” as antisemitic.

Naturally, White’s article is disingenuous. He deliberately misconstrues the situation, claiming that accusations of antisemitism are made just because someone is anti-Israel, ignoring the reality that they are made based on actual antisemitism. If you don’t believe me, take a look at my anti-Zionist-not-antisemite series – all the proof you need is there.

But the main reason I am blogging about White’s trashy piece is that he admits our efforts in tying “palestinian solidarity” to antisemitism and terrorists (which he not surprisingly refers to as “armed palestinian factions”) is actually working. 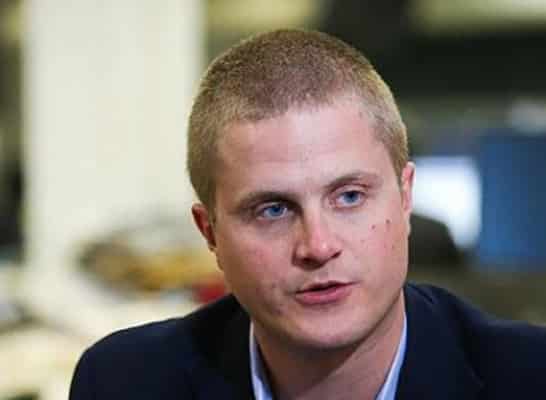 Over time, some aspects—and indeed, some of the fruits—of the ministry’s work have emerged into the public domain. In February 2016, an Israeli government spokesperson told the Financial Times, “We have stepped up our efforts directly and indirectly, dealing with friends of Israel in a variety of countries in which we have the BDS movement, fighting it with legal instruments.” Later that year, Israel’s ambassador to the United Nations (UN), Danny Danon, claimed that his government was “advancing legislation in many countries … so that it will simply be illegal to boycott Israel.” This was no idle boast. In the United States, more than one hundred measures targeting boycotts and Palestinian-rights advocacy have been introduced in state and local legislatures and Congress since 2014; and, as of April 2019, twenty-seven states had adopted such anti-boycott laws, including five executive orders issued by state governors. On Capitol Hill, congressional representatives and senators have been actively seeking to restrict the right to boycott under the guise of combating anti-Semitism, including—thus far unsuccessful—efforts to outright ban BDS. Encouraged by such developments, as well as by initiatives in European countries such as Britain, France, and Spain, Erdan announced in December 2018 that his ministry would invest more than NIS 3 million (about $800,000) in the first two years to create an “international legal network” to fight BDS. In 2017 and 2018, Al Jazeera’s documentary The Lobby exposed elements of the offensive by Israel and its advocates against Palestine solidarity campaigning and the BDS movement, including the use of the charge of “anti-Semitism.”

Another tactic pursued by the Israeli government in its drive to associate BDS and anti-Zionism with anti-Semitism is to claim close links between BDS and armed Palestinian factions. As reported by AP in February 2019, “Most of the cases were based on somewhat vague accusations of affiliation or expressions of sympathy … in some instances connected to acts that took place years ago,” and two people named by the report had even “received international recognitions for their human rights work.” Still, the Israeli government’s efforts have met with some success. In June 2019, Israeli media reported the government’s claims to have brought about the closure of “dozens of fundraising accounts” associated with Palestine solidarity and BDS groups on the grounds of alleged connections to “terrorism.” As part of its efforts, the Strategic Affairs Ministry had “apparently directed pro-Israel activists (legal [rights] NGOs, Jewish groups based in the United States and France, and international journalists)” to approach fundraising platforms with the allegations. According to Tzahi Gavrieli, Vaknin-Gil’s replacement at the Ministry of Strategic Affairs, the drive to associate BDS with terrorism “has led to Canadian, British and German leaders calling out BDS as anti-Semitism.”

The Guardian article concludes with the most attention-grabbing section of the piece. It cites a poll undertaken by the Sigmund Freud Institute in Frankfurt, in which thirty-six per cent of participants said they would agree with the statement “I can understand very well that some people are unpleasant towards Jews.” This was taken to indicate an increase in anti-Semitism, since it was a dramatic increase from 20% three years ago.

I was somewhat startled by this, since I do not consider myself an anti-Semite, yet I can also understand why some are.