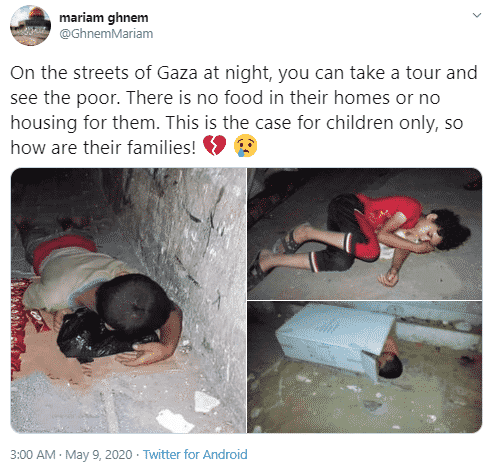 Naturally, not everything is as she claims.

The kid on the left? He stayed on the streets because he was afraid of his father at home.

A child sleeps on the streets of Azza, refusing to go to his home because of his fear of his father, who forces him to return.

Activists shared on the social networking sites “Facebook” a picture of a child sleeping on the streets of Gaza, refusing to go to his home because of his fear of his father, who forces him not to return to the home unless he sold him chocolate in full.

The kid on the top right? The earliest instances of it I could find are that it is a kid from Gaza. But there are conflicting accounts: at least one source claims the kid was sleeping in Al Shifa hospital and his entire family was killed 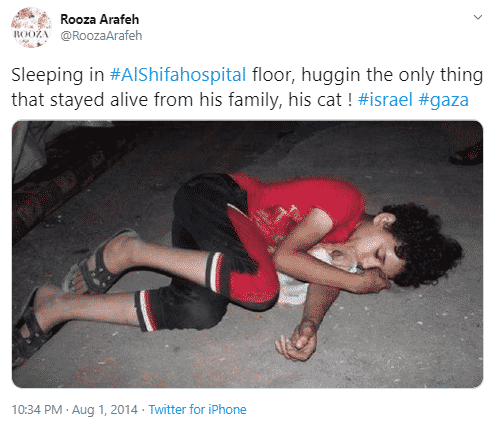 while others claim he was in an entirely different neighborhood of Gaza, and do not mention that his family perished 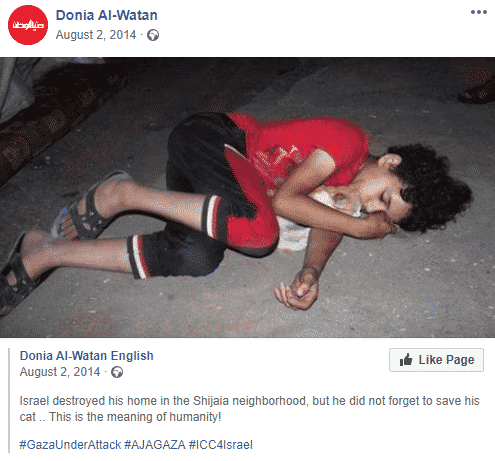 If they cannot even stick to one story, what are the chances any of them are true? For all we know, the kid was just caught sleeping on the ground with a cat and an entire false backstory developed.

As for the kid on the bottom right, reverse image source does indicate he may be from Gaza, but we have no idea as to the context. But what we do know is this: plenty of Gazans are living well. Do they pass children sleeping in the street without batting an eyelid? What about Hamas?

Thee photos are also not current, all being at least 4 or more years old. If the situation in Gaza is so dire, surely Mariam et al. should be able to tweet out current photos, instead of going back to 2016 and beyond.

In other words, you cannot trust anything she tweets out.