Latest Libel: The Abduction and Murder of 7-Year-Old Palestinian Boy 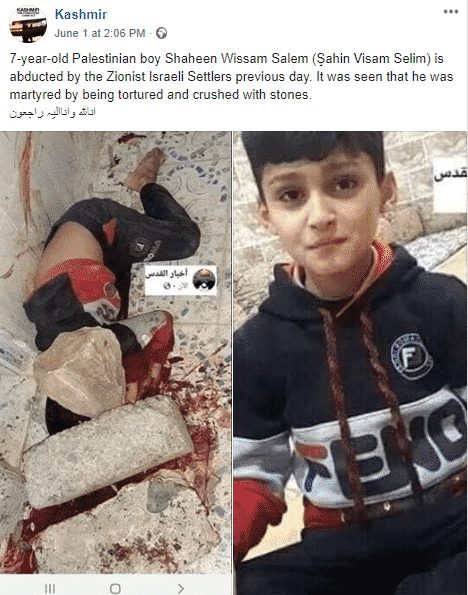 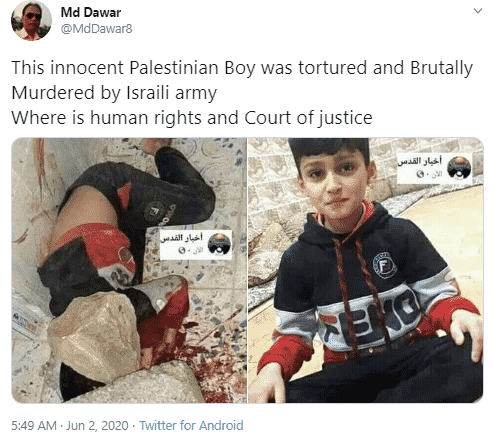 The true part about this is a 7-year-old boy with a similar name was tortured and murdered. 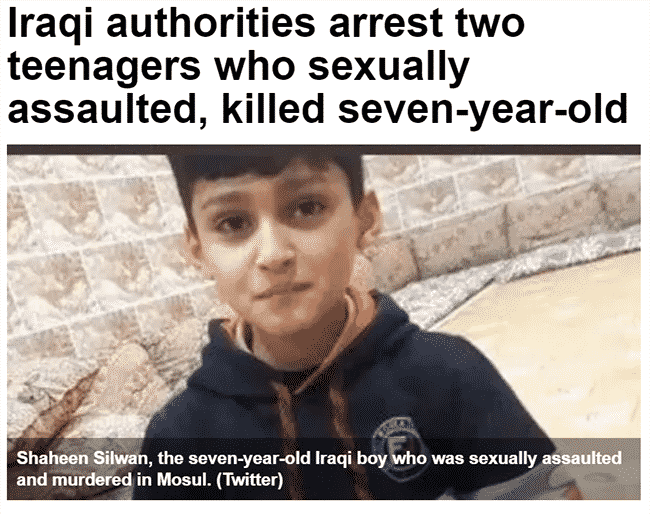 Iraqi police arrested two teenage boys for sexually assaulting and killing a seven-year-old boy in a crime that shook the country, authorities said in a statement on Tuesday night.

Shaheen Wissam Silwan had gone missing on May 1 in the Zammar district, northwest of Mosul.

“Shaheen went out around 10:30 p.m. His grandmother noticed he was missing, and Shaheen did not return so we went to look for him but we could not find him,” a relative told Al Arabiya.

After searching for the 7-year-old for three hours, his body was found in an abandoned mosque with his head crushed underneath a large brick, the relative said.

The two teenage boys, who are reportedly under the age of 18, confessed to the crime shortly after they were arrested.

Note also how in the first social media post above, the boy’s name is very similar to that mentioned in the real news story. Those behind the post knew exactly who he really was; they were deliberately lying that he was palestinian and murdered by Israel.