Earlier today, I posted how Israel-haters disseminated a libel that we shot dead a palestinian “worshiper”, seemingly oblivious (or hoping others were) to the footage that showed the palestinian clearly stabbing an IDF soldier.

It turns out that supposed media outlet Al Jazeera have done a similar thing. 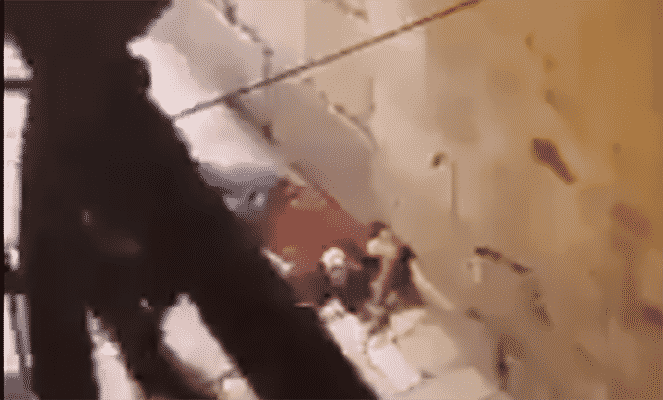 A Palestinian man has been shot dead by Israeli forces in occupied East Jerusalem’s Old City after he allegedly attempted to carry out a stabbing attack.

Witnesses told Maan news agency that Israeli security guards shot the man, who was later pronounced dead at the scene near the entrance of Bab Hutta, just outside the Al Aqsa Mosque compound.

The incident came hours after Israeli security guards shot and wounded a deaf Palestinian who was not able to hear the orders to stop at an occupied West Bank checkpoint.

In late May, Israeli police shot dead an unarmed 32-year-old Palestinian with severe autism who was on his way to his special needs school in Jerusalem’s Old City.

The man was chased by Israeli border police forces into a nook in the Old City and shot as he cowered next to a rubbish bin after apparently being mistaken for an attacker.