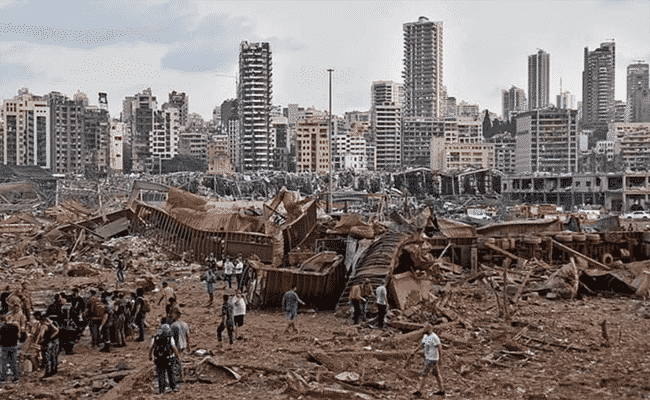 In his latest post in his series trying to blame Israel for the Beirut blast, anti-Israel DouchebloggerTM Richard Silverstein uses the statement of a former Lebanese Interior Minister – who publicly blamed Israel – as some kind of further proof for his fake news.

“This operation in Beirut was carried out by Israel in a clear and explicit manner,” Machnouk said, adding: “It is clear we are looking at a crime against humanity, and therefore no one dares to claim responsibility for it.”

An accusation without any proof. Go figure.

Silverstein then goes on to write:

Pres. Aoun suggested that a “foreign actor” might be responsible for an attack.  Though his most recent statement rejects the possibility that Hezbollah stored arms at the port–something I would expect him to say as a political ally of the militant group.  Even Hassan Nasrallah suggested that Israel might be responsible.  But neither did so in nearly as explicit a fashion as Machnouk, who served in the Future Movement cabinet of Saad Hariri.

This is the same Aoun who just told French TV he’d be open to peace with Israel. How is that something one could expect from someone who is “a political ally of the militant group [Hizbullah]”, let alone someone who thought Israel was behind the blast?

Once again, Silverstein cherry-picks statements to support his theory, and ignores those which don’t. And he’s already worried what an actual investigation will show

News reports say the FBI has offered to send a forensics team to investigate the explosion.  The Lebanese have accepted.  That’s a bit like assigning the Big Bad Wolf’s brother to investigate the death of Little Red Riding Hood. Undoubtedly, the FBI’s main interest will be in assigning full blame to Hezbollah and determining which weapons were being stored at the port.

This is the same Silverstein who wrote earlier

Even Hassan Nasrallah suggested that Israel might be responsible

which is like the Big Bad Wolf blaming Little Red Riding Hood for everything.