A few days ago – on the eve of the second anniversary of the Tree of Life synagogue massacre in Pittsburgh – the American Jewish Committee (AJC) released its 2020 Survey of the General Public on Antisemitism to very little fanfare and minimal media coverage, even among the Jewish media outlets.

Conducted by the research company SSRS, and based on telephone interviews carried out between September 15 – September 20, with a national sample of 1,010 people over age 18, some of the results of the survey are very telling.

Like the fact while nearly nine in ten American Jews believe antisemitism in the US today is a very serious (37%) or somewhat of a (51%) problem, only 63% of the general population agree, with 19% identifying it as a very serious problem and 43% saying it is somewhat of a problem. In other words, while there is anxiety among American Jews over the severity of antisemitism in the United State, there is a disturbing lack of awareness among the general public.

The AJC surveys also found a large discrepancy between Jews and the general US population in viewing what constitutes acts of antisemitism. While nearly half of US adults say they have witnessed at least one antisemitic incident in the past five years, their evaluation of what is and is not antisemitic does not appear to be influenced by Jewish organizations or individuals.

This is disturbing, though somehow not surprising. But it’s not all doom and gloom. The antisemitic BDS movement – which is constantly trumpeting its supposed successes – will not be pleased with the survey results: 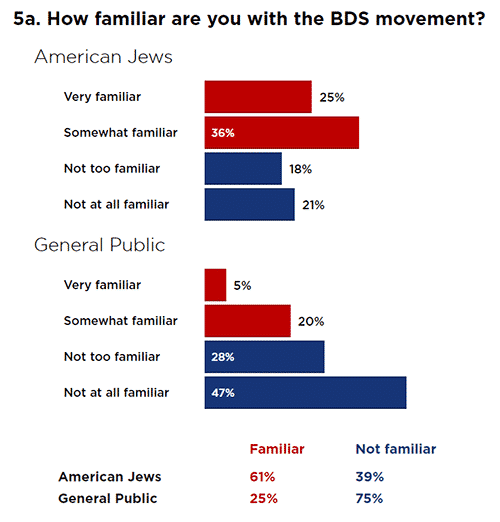 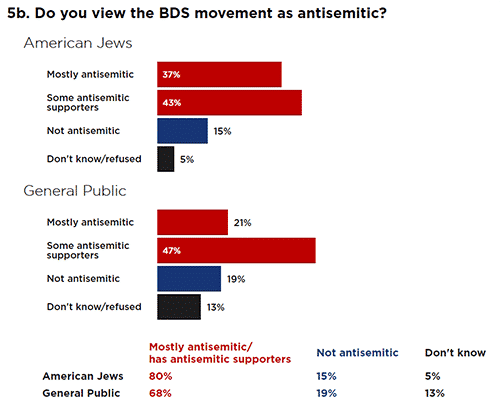 Only 5% of the general public are very familiar with them, and 20% somewhat familiar. So much for increasing awareness of their bogus cause. True, the numbers are larger among Jews (61% being familiar with them to different extents), but that’s probably because of the harassment and antisemitism we have experienced at their hands. 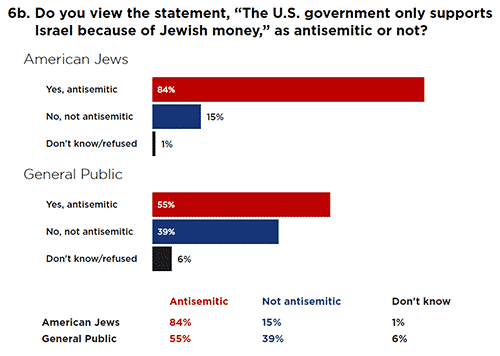 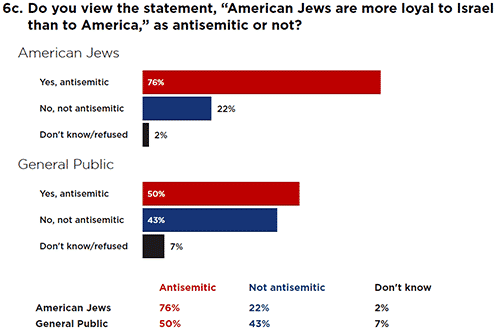