Imagine if Israel-hater and “antisemitism expert” Peter Beinart tweeted this:

Well, the above tweet was partially true – I (crudely) inserted the parts about antisemitism and Israel. 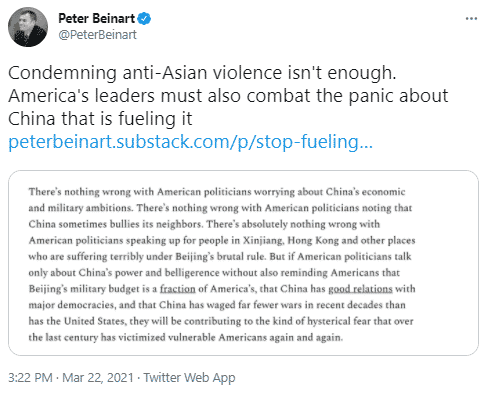 Beinart’s hypocrisy couldn’t be any clearer. He not only does not speak out against the lies about Israel, some of which help encourage antisemitic sentiment to the point of violence; he promotes such lies, even to the point of supporting the antisemitic BDS movement. He also makes disingenuous arguments that could very well fan the flames of antisemitism.

Heck, he even followed up the above tweet with one promoting the antisemitic trope of the rich, powerful Jew pulling strings. 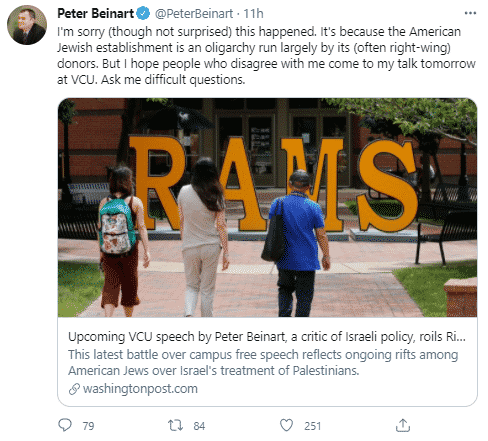 All of this while downplaying the morally repugnant actions of the Chinese. This is what Beinart wrote in his above-linked piece:

Notice what he does not specifically mention: the Uyghur genocide (although he dedicates a fair bit of his piece talking about US treatment of Muslims). I guess he has been hanging out with Ali and company too long.

So methinks he doth protest too much. 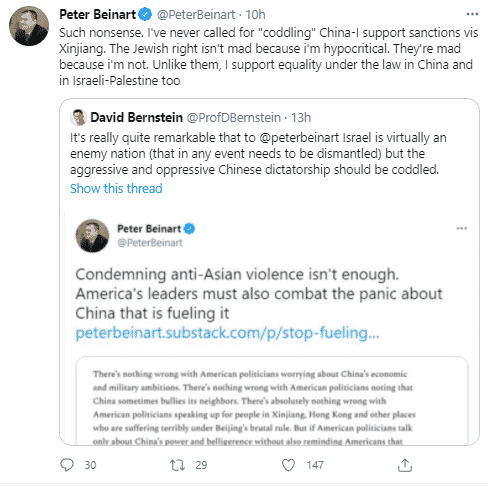 The thing is, Beinart’s hypocrisy and moral bankruptcy are not the exception; they are the rule for those who hate Israel to the point of obsession.