Ridiculous Palestinian Propaganda of the Day 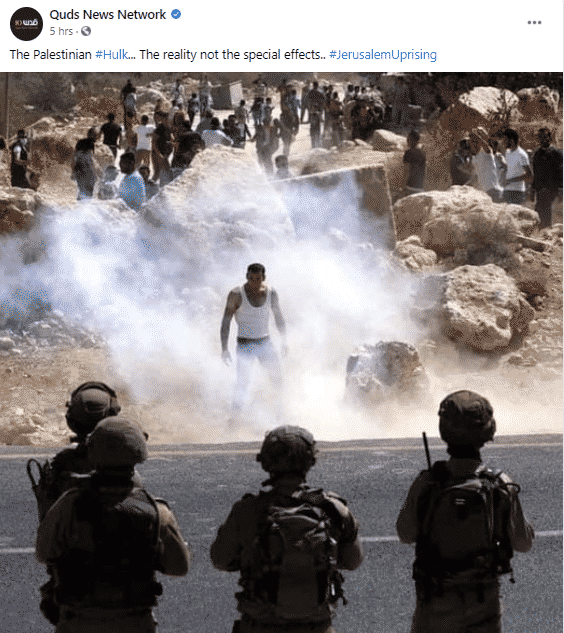 How ridiculous is this? About as ridiculous as the old Incredible Hulk cartoon theme song.

Firstly, that is not the Hulk. That’s Freddie Mercury.

Secondly, the photo is at least 3 years old and not from these latest confrontations. These propagandists really need to find new material.

Oh, and the Hulk was created by Stan Lee aka Stanley Martin Lieber – a Joooooo!