Australian Anti-Zionists-Not-Antisemites Inadvertently Boycott One of Their Allies

According to Emily Gian, who works for the Zionist Federation of Australia, pro-Palestinians vandalised an Israeli-owned business in Melbourne with anti-Israel posters, but the owner himself, not a Zionist, protested at a pro-Palestinian rally last week: 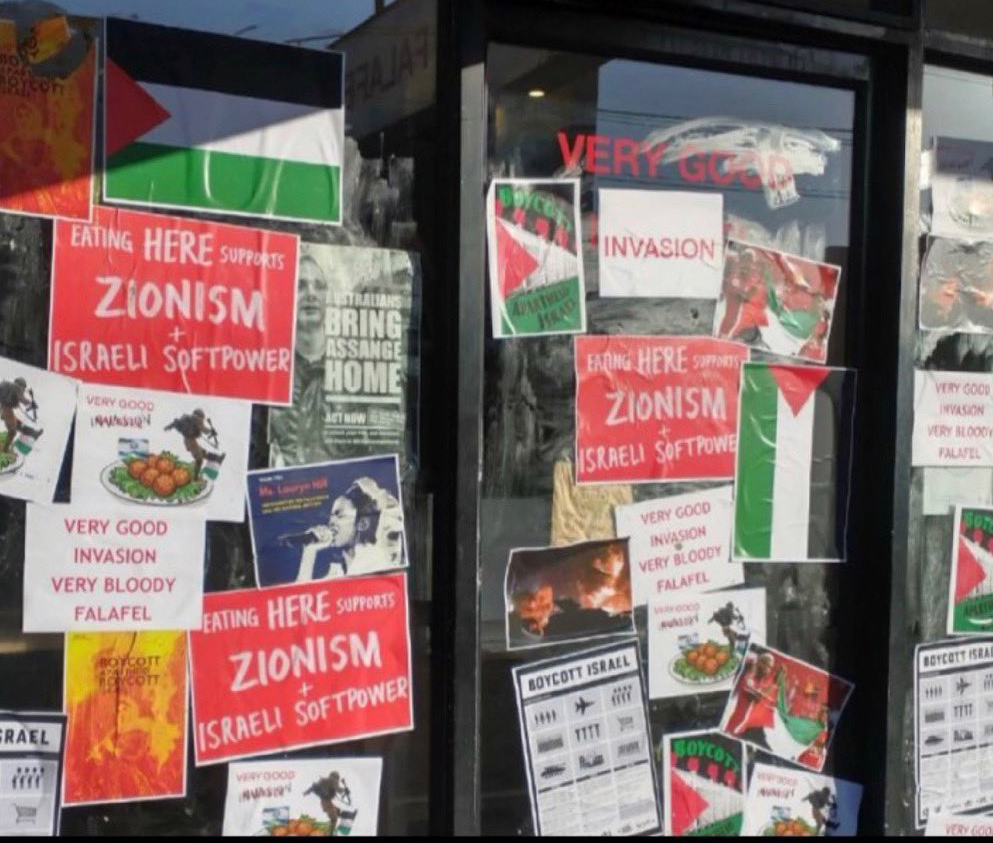 The haters regularly claim they oppose the Israeli government and are not against Jewish Israeli civilians. Because that would, after all, very much carry the stench of antisemitism.

By the way, this is not the first time the haters have inadvertently gone after a Jewish ally.