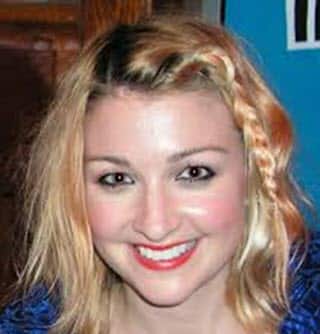 Australia’s Eurovision contestant has defended her decision to compete in this year’s competition in Israel after Roger Waters called on her to boycott the event.

Classically trained Kate Miller-Heidke said she respected the former Pink Floyd star’s view but thought avoiding the show would do nothing to help secure peace between Israel and Palestine.

In a clip posted to the video sharing platform Vimeo last week Waters, a supporter of the global Boycott, Divestment and Sanctions (BDS) Movement, suggested her appearance would be used by the Israeli government to “whitewash” human rights abuses in Palestine.

Miller-Heidke, who is set to perform her song Zero Gravity at this year’s contest in Tel Aviv, promised to use her time in the country to speak to people from “different sides” of the debate.

She told the Press Association: “I absolutely respect his point of view.

“But for me, personally, the idea of completely blocking off an entire people, an entire country, from music, culture and learning…

“It’s not just art that they are trying to block but academia and stopping the free flow of learning and information into a country.

“I just can’t see how that is going to advance that part of the world towards solution.

“I have a lot to learn and I am looking forward to being there for two and a half weeks, and having the chance to meet Palestinians and people from different sides and deepen my learning and understanding.”

Miller-Heidke, who has worked with British artists including Passenger and Razorlight drummer Andy Burrows, added that she believed music could help solve the conflict.

She added: “I believe in the power of music and art to actually provoke discussion and inspire dialogue.

“It’s a complex issue but I have thought about it deeply.

“I respect the opinions of people who feel otherwise, I do, but this is my decision.”

In other Eurovision-related news destined to drive Roger to drink (even more than he already does), Madonna is set to perform.