The BDS movement claims it advocates for boycotts, divestment and sanctions “as a form of non-violent pressure on Israel.”

A group of BDS activists violently assaulted visitors at the Israeli Seret International film festival on Sunday in Berlin, causing injuries and disrupting a podium discussion, according to German police. An estimated 10-12 BDS activists participated in the disruption and attacks.

According to the police notice reviewed by The Jerusalem Post, the BDS activists punched two women, who filed criminal complaints against the BDS supporters. BDS is the abbreviation for the Boycott, Divestment, Sanctions campaign targeting the Jewish state. The German parliament classified BDS as antisemitic in May.

The police report said after the screening of the documentary film “King Bibi,” a question and answer discussion was planned with the director and a 42-year-old started to scream. At the same time, a second 42-year-old man and a third unknown person held a poster in front of the film screen. It is unclear what was written on the poster. The discussion could not continue after the disruption.

The police said all participants were released after showing identification. The Green Party politician, Volker Beck, wrote on Twitter on Sunday: “When BDS violently attacks everything that is Israeli, it is time the rule of law shows where the borders are.

This is not the first time we have seen a BDS Scheißkopf using his or her hands, not their words

But given they actually support and enable violent terrorists, what can you expect? 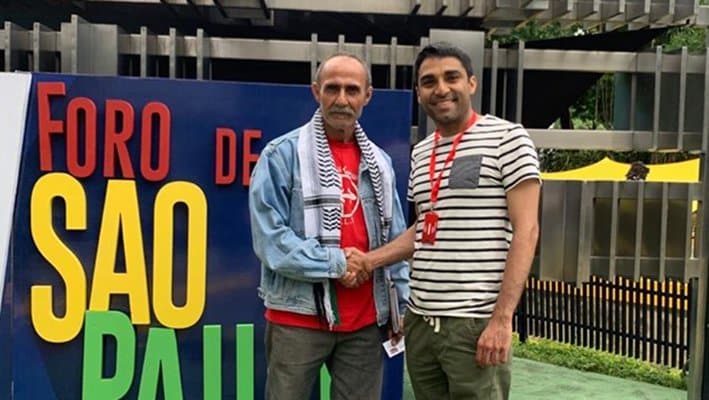 Muhammed Desai, Director of BDS South Africa, with a PFLP terrorist he collaborates with