Anti-Israel DouchebloggerTM Richard Silverstein has gone after UK Chief Rabbi Ephraim Mirvis for daring to write that Jeremy Corbyn is not fit to be prime minister because of his handling of the Labour Party’s antisemitism crisis.

Of course, Silverstein did not deal with the actual content of the Chief Rabbi’s letter, but rather launched in to an ad hominem attack. 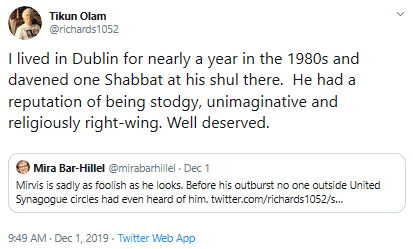 When someone rightly questioned his “logic,” Dicky doubled down 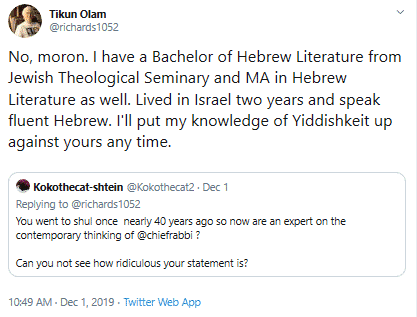 How this would qualify him to know the Chief Rabbi is “stodgy, unimaginative and religiously right-wing” is beyond me.

Not that his “knowledge of Yiddishkeit” (Judaism) is anything to write home about.

And “fluent Hebrew”? I think not.

Also note how Silverstein is responding to a tweeter who is saying the Chief Rabbi is “as foolish as he looks.” 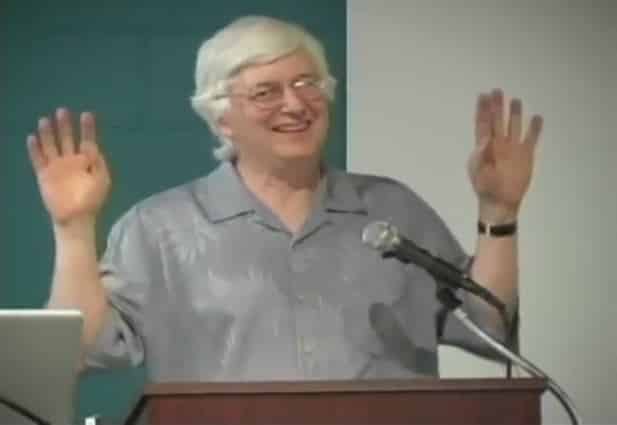