American Muslims for Palestine (AMP) Conference as Vile as You Could Imagine. Maybe Even Viler.

With Linda Sarsour’s antisemitic tirade gaining the attention it deserves – despite efforts to flush it down the toilet – now seems like a good time to look at more of the things discussed at the AMP hate conference.

As I mentioned in a previous post, I may go over the other videos from it, time permitting, but for now, I have gone over the program. And although we know AMP are a vile, antisemitic, terror-supporting organization, the level of hate still might surprise you.

Foe example, one session bashed interfaith projects promoting co-existence between Muslims and Jews as “sidelining the palestinian cause” and involving “insidious intentions.” Interestingly, Code Pinker Ariel Gold – a Jewish ‘activist’ who would like us all to think she promotes peace and co-existence – was on the panel for this one. 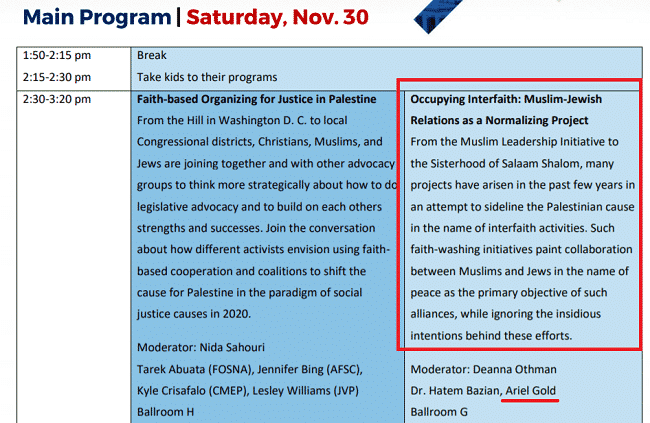 This is also yet another indication that AMP favorite Linda Sarsour is a consummate liar and deceiver.

Another panel reaffirmed just how this conflict is religious, not territorial. It also described Zionism, which is simply the nationalist movement of the Jewish people that espouses the re-establishment of and support for Jewish state in the territory defined as the historic Land of Israel, as a “disease to destroy the purity of Al-Quds.” 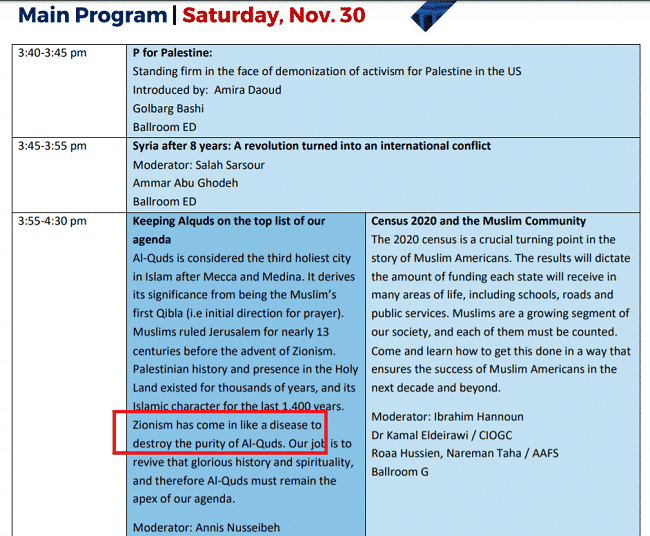 A later session with Marc “I believe in a two-state solution, not violence. I promise!”Lamont Hill among others described Zionism as “no longer blindly accepted as a legitimate enterprise.” One can only assume he agrees with the message that the Jews do not belong here.

If you support this group or anyone involved with it, you are complicit with efforts to destroy the Jewish state.