Antisemite Claims Bernie Sanders ‘Was One Of Israel’s Founders’

While antisemites like Linda Sarsour and Amer Zahr show their love for Bernie Sanders, one of their fellow Jew-haters has put up her hand as not a fan: Maram Susli aka Partisan Girl, Syrian Girl, Mimi al-Laham, and Syrian Sister.

She claims Sanders was – wait for it – one of Israel’s founders! 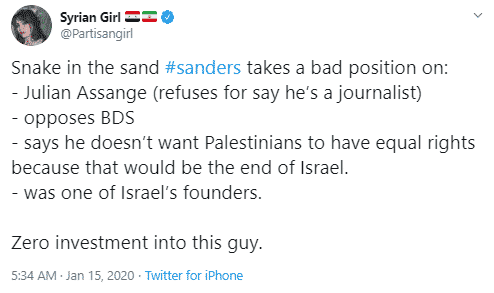 She’s on to him. Sanders, born in 1941, was a 7-year-old prodigy who worked tirelessly for the founding of the Jewish state. It was probably because the ice cream was so lousy here at the time that he later turned against us so vehemently.

Alternatively, antisemites are so desperate to besmirch Jews, even those with whom they may share things in common, that they’ll invent crazy facts about them. 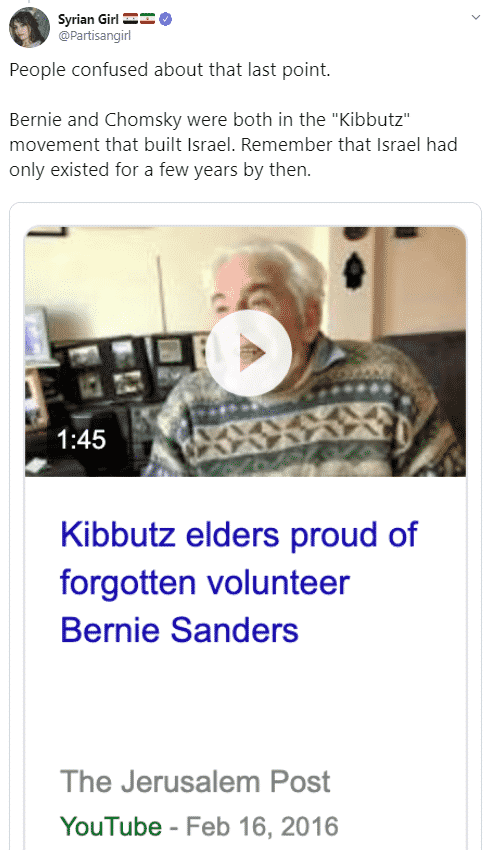 Based on this logic, the following are also Israel’s founding fathers: