“Anti-Zionist-not-antisemite” George Galloway has long threatened to sue those who accuse him of being antisemitic – even though he was sacked from a radio station for what they called ‘antisemitic’ tweet.

Naturally, he threatened to sue them, albeit in an implied manner. But they never removed the tweet, and I have seen no reports about Galloway getting litigious with them. 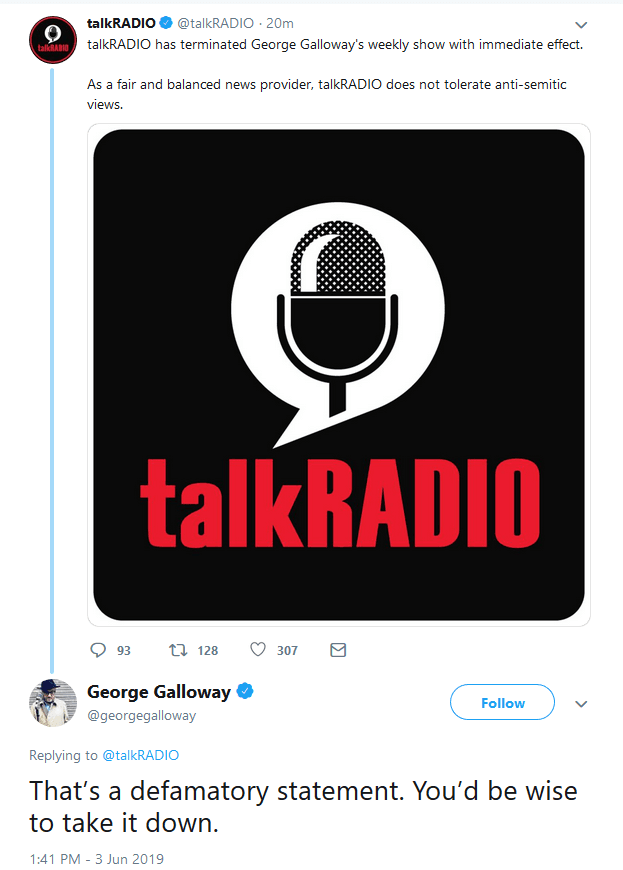 Why am I saying all of this? Well, regarding whether or not George is antisemitic, I will allow this latest video – in which he defiantly doubles down with the latest antisemitic blood libel that we murdered an 8-year-old palestinian child (despite absolutely no evidence to support this) – do the talking (hat tip: Teresa).

But don’t worry! George immediately tries to inoculate himself against accusations of antisemitism.

And Galloway is the mother of all f*ckers.