In case you think the antisemitism of the UK Labour Party is just a problem with a lunatic fringe within the party, think again; a new poll by Lord Ashcroft reveals that nearly three quarters of Labour Party members said the issue of antisemitism in the party was invented or wildly exaggerated by the right-wing media and opponents of Jeremy Corbyn. 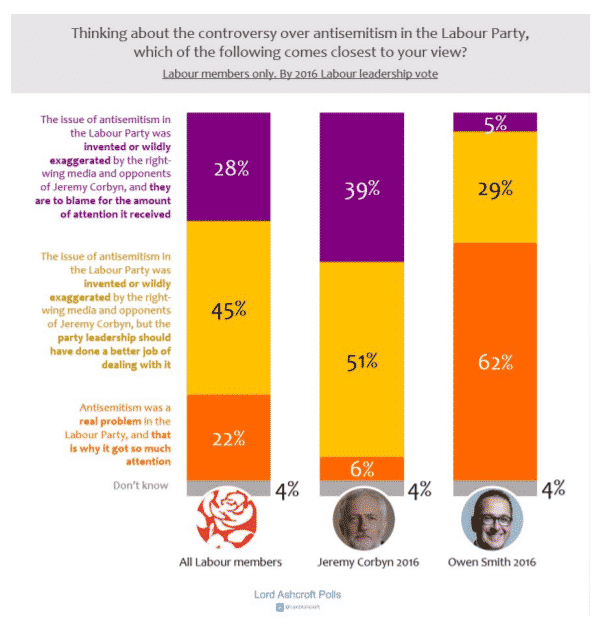 As you can see, the picture is even grimmer when it comes to Corbyn supporters, with a staggering 90% holding the same belief.

What is not shown in the graph but is revealed in the raw data is that among Momentum members, this figure is even higher at 92%.

Although the poll does not say it, I am sure when speaking of the “the right-wing media” and/or “opponents of Jeremy Corbyn”, the vast majority of these people had Jews in mind.