In yesterday’s post on the New York Times’ dead child slideshow, I made passing reference to their publication of an op-ed by palestinian Arab propagandist Diana Buttu, which was full of falsehoods including the infamous Map that Lies.

This is how the op-ed appears: 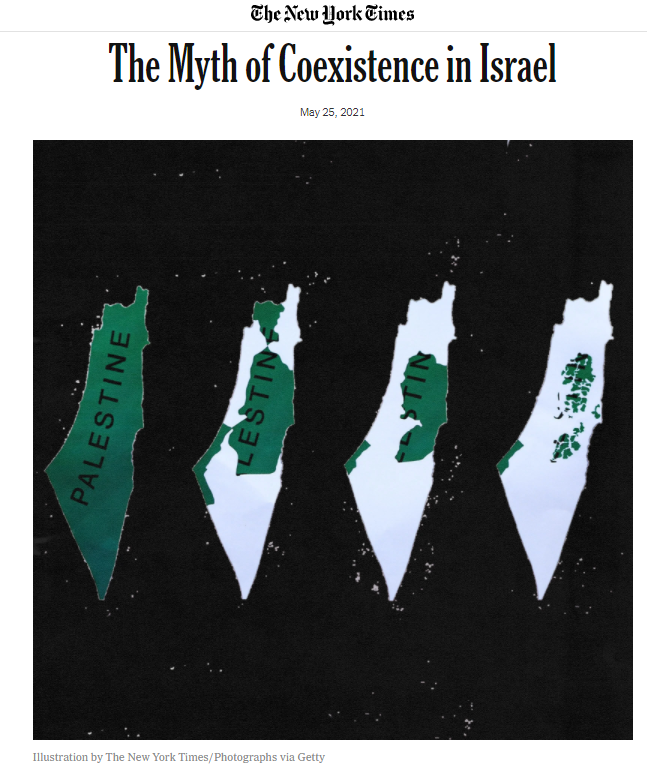 The “Map that Lies” is an incredibly misleading piece of propaganda that has been spread around by all and sundry for years – including MSNBC. and is getting its second (or perhaps even fifth) wind now. It is a rather effective tool of the Israel-hating crowd because it shows actual historical maps, and you need quite a depth of knowledge to recognize the bait-and-switch carried out by the person responsible for first publishing it.

Perhaps the definitive debunking of it appears in this 2015 Tablet article – which also refers to them with the more accurate title The Mendacious Maps of Palestinian “Loss” – so I don’t feel the need to reinvent the wheel and publish my own one. But do read that article.

I say all of this as an introduction to New York Times’ Deputy Opinion Editor Patrick Healy’s apology justification for publishing it. 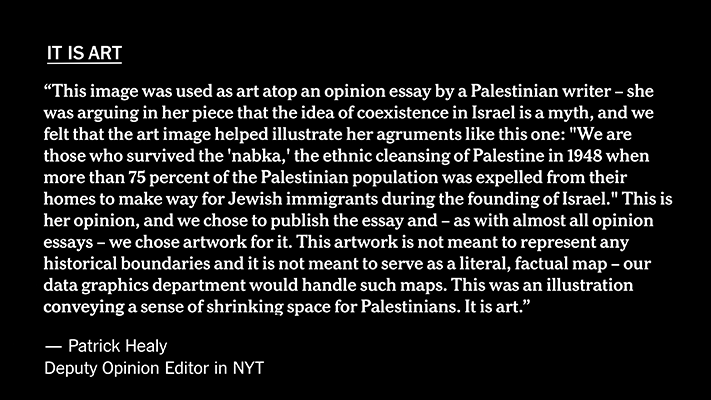 I guess it is only a matter of time before the New York Times publishes an essay with an actual antisemitic Der Stürmer cartoon. You know, just as art to convey a sense of the author’s negative feelings about Jews.