Israel-Hater Richard Silverstein Continues to Be Clueless in Seattle

Anti-Israel DouchebloggerTM Richard Silverstein has ripped the Jerusalem Post for falling for a fake photo. 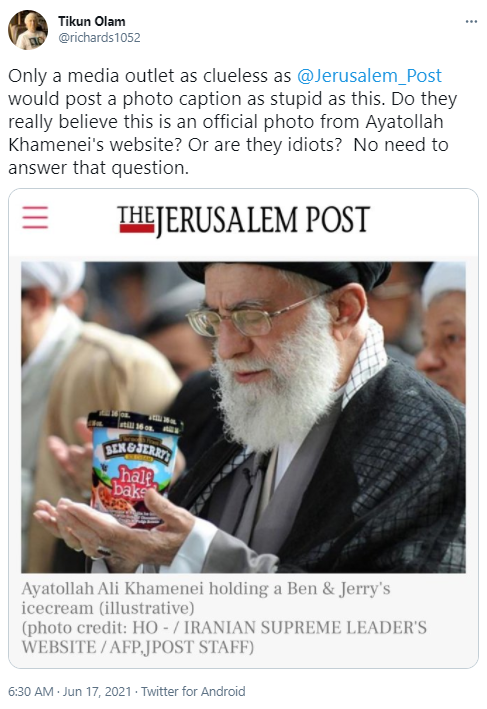 Once again, Bugeyelugs’ lack of self-awareness and inability to comprehend have come to the fore.

Note the caption says “(illustrative)” and gives credit also to JPost Staff, in addition to Khamenei’s website. Clearly, they took a photo from his website and Photoshopped in the ice cream.

Is he an idiot? No need to answer that question.