Israel-Hating Dumbasses of the Day

Our friends over at Sussex Friends of Israel caught some Israel-haters picketing HSBC in central Brighton, despite HSBC’s announcement it has divested from Israeli company Elbit. 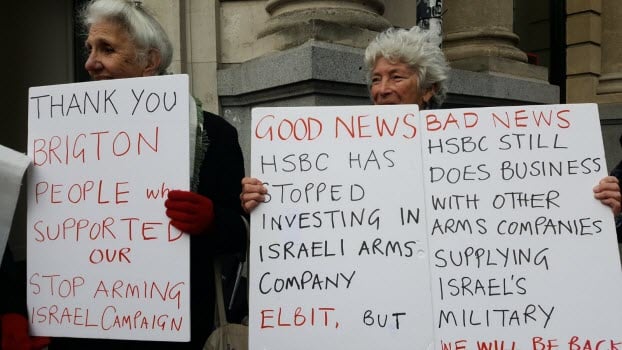 More bad news: We don’t know how to spell BRIGHTON!

Bonus: Here’s lifelong Brighton resident Tony Greenstein holding the sign in which the city he has lived in his whole life is misspelled.

He already featured on last year’s BDS dumbassery list; looks like he may make it two years in a row.