Abbas Hamideh, an antisemite and terror supporter I have posted about a number of times, reacted this way to the recent shooting attack in Monsey (hat tip: Stefanie): 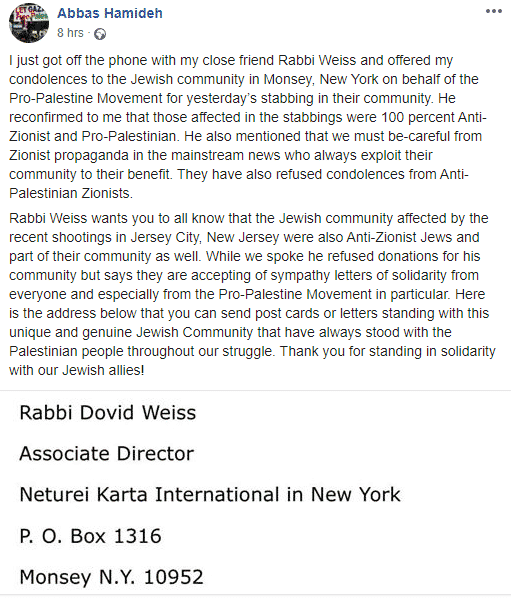 In short: “don’t worry, folks. They were anti-Zionist Jews!” (I guess it is easy to mistake them for the “regular kind” of Jew)

The chilling implication is clear: had they been like 99% of all other Jews – Zionists (since Zionism is an integral part of Judaism) – their murders would have been justified, or at least not worthy of condemnation. 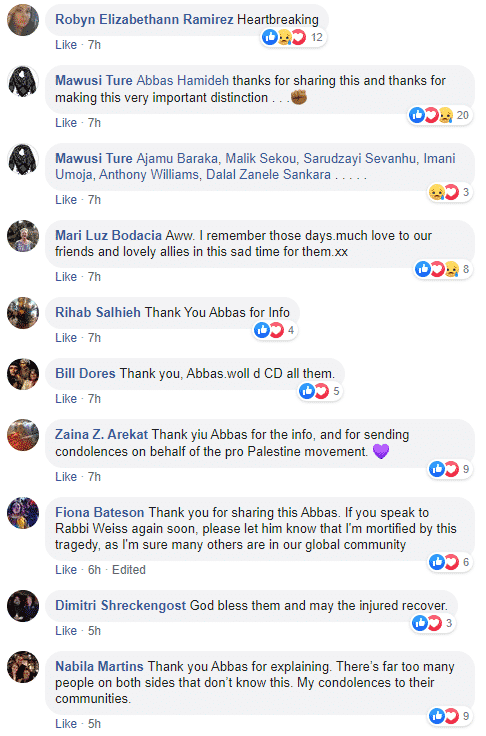 Will his friends Rashida Talib

I was honored to be at Congresswoman @RashidaTlaib swearing in ceremony in #Detroit and private dinner afterward with the entire family, friends and activists across the country. #Palestine #TweetYourThobe #RashidaTlaib pic.twitter.com/caJPN12ODX 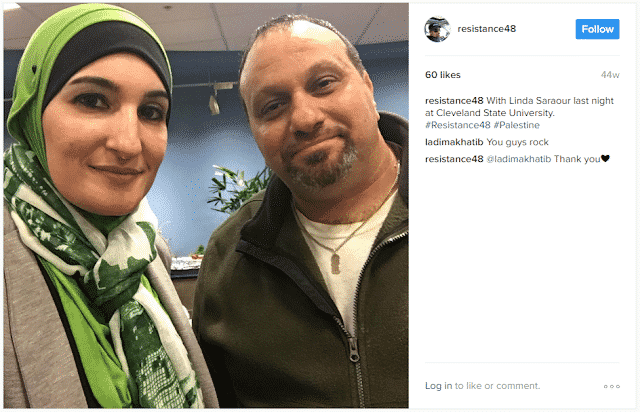 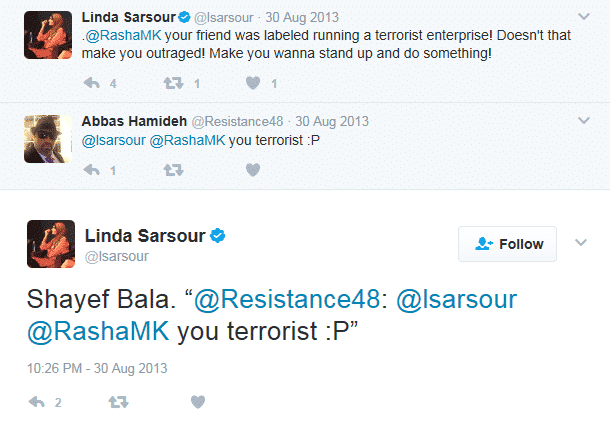 condemn him, given they have posted their “condemnation” of the attack?

Incidentally, Hamideh seems to think even Zionist Jews belong in New York – perhaps just to be shot up. But his buddy Linda is not so sure they belong there. 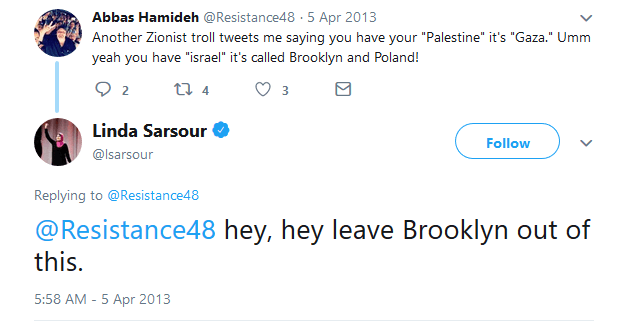 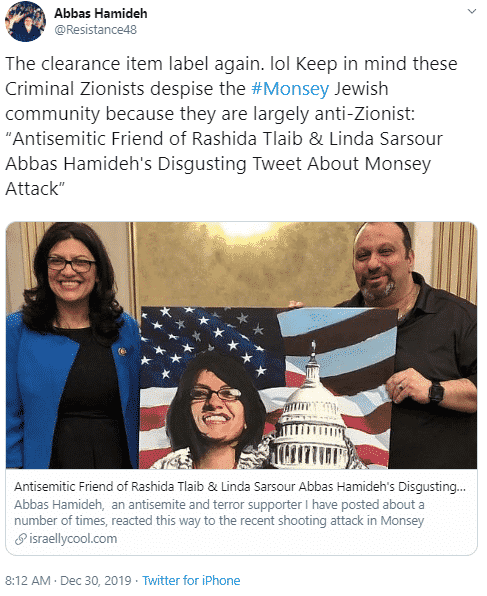 Update: It’s also a lie: the group that was attacked is part of the Agudah movement and supports the UTJ Party in Israel. While not Zionist, they are pro-Israel and Rabbi Rottenberg of the synagogue has no affiliation with Mr Weiss (not a rabbi; he is self ordained) who does not speak on their behalf. The synagogue itself issued its own statement which thanked the State of Israel for their support (hat tip: Dovid).