A few days ago, I posted again about Muhammed Desai, the touchy-feely head of BDS South Africa. Or so I thought.

Amazed, not just because of the claim BDS South Africa was no more, but also because this is all they tweeted in response to my post badmouthing and mocking Desai!

So I went back to Desai’s Facebook profile and noticed there is no mention of BDS South Africa there now; rather, he describes himself as “National Director at Africa For Palestine.”

Wait a second. What is Africa for Palestine? What about South African BDS Coalition?

So I googled ‘South African BDS Coalition’ and got to this news item from the BDS Movement:

A coalition of Palestinian solidarity movements are tightening their plans for a major Israeli boycott campaign, set to kick off on Tuesday 30th March.

Still no mention of BDS South Africa or Africa For Palestine.

So I went back to the BDS South Arica website and found this press release:

Following our recent office opening by the Mayor of Johannesburg and an incredible decade of BDS victories in South Africa, the South African human rights and Palestine solidarity organisation, BDS South Africa, after a consultation with several of our partners in South Africa and on the African continent, will be rebranding and broadening our mandate. We will henceforth function under the name Africa for Palestine (AFP).

In the last decade we – with the support of our partners and community, held hundreds of successful campaigns, events, activities and engagements across South Africa. Israel’s Haaretz Newspaper has said that: “BDS has arguably been more effective in South Africa than anywhere else in the world“.

In addition to our work in South Africa, last year in 2019, we undertook several visits to Southern African countries where we engaged trade unions, churches, mosques, political parties and former African leaders -both current and former – including HE, the former President of Zambia, Kenneth Kaunda. In the course of this work, we became acutely aware of the need for Palestine solidarity work to expand into the African continent.

By recently becoming fully independent and autonomous from the BNC (with whom we started cooperation with 2 years after our formation), we have, after a careful review of BDS South Africa’s track record of the past decade and an analysis of the local, continental and international political situation, now resolved to seize the opportunity to expand our scope, deepen our solidarity work, rebrand and broaden our focus beyond only the tactic of boycotts and sanctions. To this end, Africa for Palestine will seek to build alliances and partnerships across the continent, reinforce direct support to Palestine and assist the Palestinian Diaspora.

Our governance structure, staff, internships, volunteer base and partnerships with Trade Unions, Student formations, religious and political organizations are all unaffected and we will work on deepening all of these. We will be operating from our new office in Parkhurst maintaining our work in South Africa but will now also, in line with our broadened mandate, actively forge relations beyond our country with other solidarity groups, trade unions, political formations, and human rights organizations across the African continent. Our focus will now include strengthening African – Palestinian relations and pushing back against Israel’s creeping infiltration into our continent. Africa for Palestine (AFP), in the spirit of progressive internationalism, will proactively partner and work with organisations who stand with other oppressed peoples of the world.

While they portray this as part of a rebranding effort in light of Israel’s “creeping infiltration” into Africa – which is significant in itself because it is an acknowledgement that BDS is not working (even though they claim it is effective) – I believe there is more to it than that.

The most significant part is the blink-and-you’ll-miss-it “By recently becoming fully independent and autonomous from the BNC..” The BNC is the “Palestinian coordinating body for the BDS campaign worldwide.” It is essentially the BDS mother ship.

In other words, Desai’s new organization Africa for Palestine is not part of the BDS Movement. This is not a rebranding, it is a split!

They are claiming BDS South Africa no longer exists, and “the only BDS organization in South Africa that is endorsed by the BDS Movement” is the South African BDS Coalition. This seems like a real dig at Africa for Palestine, the head of which is Muhammed Desai, and would also explain why they were not bothered by the fact my post went after him.

Meanwhile, Africa for Palestine, by calling itself “formerly BDS South Africa”, is playing up their connection to the BDS Movement, while implying there is no longer any BDS movement in South Africa. 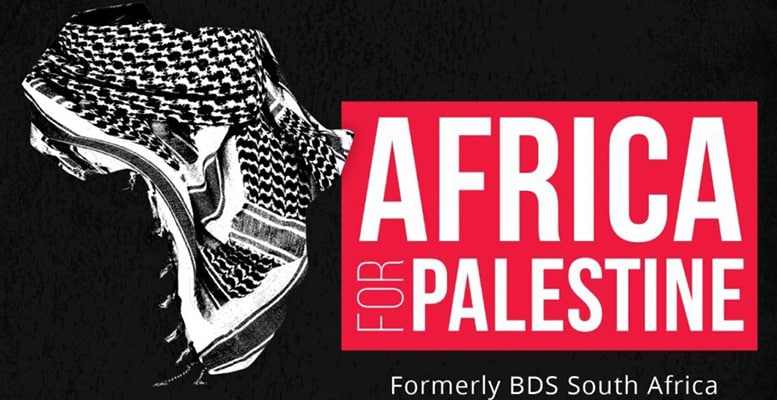 So why did this split occur? I am assuming it arose out of the Muhammed Desai sexual assault allegations, in which much pressure was put on the BDS Movement to have him step down. Desai probably refused, and was angry they did not stand behind him, leading to an acrimonious split into these two opposing movements.

At the end of the day, this is good news for Israel supporters and more bad news for the haters. Let them eat their own I say!