Following yesterday’s news that Chief Palestinian Propaganda Minister Saeb Erekat decided the boycott of Israel he promotes does not apply to him, as he receives treatment for COVID-19 at an Israeli hospital, Israeli doctors are fighting hard to save his life.

Even harder than he does to demonize us.

PLO official Saeb Erekat condition has deteriorated, and now defined as critical and due to respiratory distress he was resuscitated and put has been anesthetized – Hadassah Jerusalem hospital spokeswoman

At the same time this is going on, the BDS Movement is trying to convince people that we are undermining palestinian efforts to fight COVID-19. 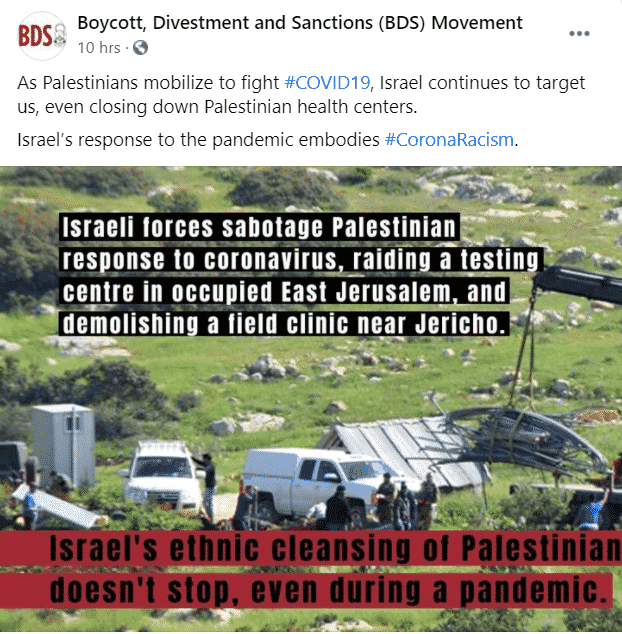 (All lies of course).

Publishing the post when they did shows one of two things: either they aren’t able to “read the room”, or they saw how Israel’s humanity* is shining through, and decided they better try countering that with lies stat.

I think all they’ve accomplished is to look desperate and pathetic.